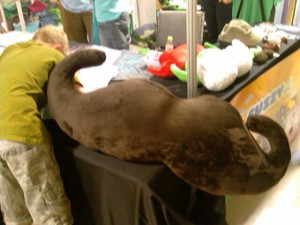 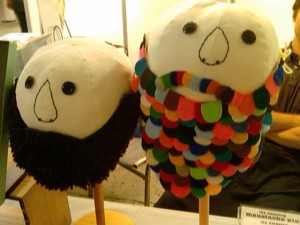 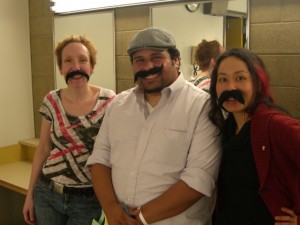 Every singer knows the old adage “When you pee clear, you sing clear.” (Grammar be damned.) This requires copious water-drinking, which poses a challenge when I’d rather have a delicious cup of coffee with a metric ton of cream and sugar.

(When my mentor Eugene Thomas saw me fix up a cup o’ coffee many years ago, he said, “So you don’t really like the taste of coffee, do you?” I digress.)

Even now in the middle of summer, I’d still choose a cup of hot coffee (even crappy coffee) over water. This isn’t a good thing, especially as I get a little older (perish the thought!) where the ol’ pipes require a little more care than they used to.

So here’s my revelation:
Whenever I go for a massage or some kind of spa visit (which isn’t very often, sadly), they always have big glass pitchers full of cool water with lemon slices or cucumber slices floating in there. Is there anything tastier or more refreshing in the world than that? NO THERE IS NOT. When I’m there, I drink 27655 glasses of this stuff because it’s just so damn tasty. And hey, what do you know: I’m suddenly hydrated. Weird, that.

If I spent more time in spas, this wouldn’t be a problem. But alas, my throngs of adoring fans do not buy me spa treatments I’m cheap and I always have something else going on. (and really: Does it make sense to pay $150 just to drink some water in a bathrobe?)

So I solved this dehydration quandary by doing something insane: I bought a dang lemon. And now I can’t stop drinking water. I don’t know why it’s taken me 30-plus years to figure this out.

You know, I’m really good at figuring out pretty complex problems; but the obvious occasionally escapes me.

Thank you, drive through.

Holy cow, it’s been a long time since we’ve toured the east coast (January ’07, to be exact). We’ve got one anchor date secured in mid-October in Massachusetts, and a whole bunch o’ states to explore.

Who wants to name some IJG-friendly cities and venues?
Would you consider being on our street team for your city?