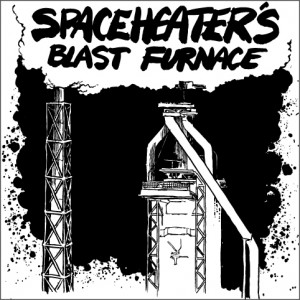 Evan Francis, one of our longest standing reed players has received a pretty stellar review for his group Spaceheater’s Blast Furnace and their self titled album. Not only does Evan play on this one, but he composed seven of the ten songs on the album.

The group’s first album “The Record” received some pretty spectacular praise as well:

“’The Record’ is easily the best album I’ve heard this year. It’s so effortlessly hip, funky, interesting and fun simultaneously. It’s a joy to listen to and a joy to play on the radio.”
-Seth Samuels, Jazz Director WOBC FM

You can find the Evan and Spaceheater on MySpace, Facebook, and at Jazz Mafia. If you’re fortunate enough to be in the San Fransisco Bay area, we highly recommend checking them out live!