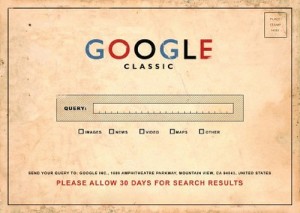 So, as you know if you’ve been reading this blog for at least a few days, I recently uploaded the first Industrial Jazz Group album, Hardcore (now out of print), to Bandcamp, the most elegant, well-designed digital independent music distribution service I’ve yet come across.

But I have a question. Why on earth does a site that sharp lack a filter?

I only know of a handful of jazz (or jazz-inflected) Bandcampers — I’ve already mentioned Jason Parker, Sunna Gunnlaugs, and the Atmos Trio, and could add John Goldsby, Neil Alexander and NAIL, and Steve Lawson to that list — and I found about their Bandcamp releases exclusively through Twitter.

But that’s only because all of these folks are on Twitter, and were kind enough to tell me about their releases.

Nothing wrong with that, of course. We already know that one of the new skill-sets for a 21st-century musician is self-promotion. (Actually, that’s not a “new” skill-set. Though arguably it has never been as necessary as it is now.)

But what if I want to explore the recordings of the many other jazz or jazz-inflected artists who are now on the site? I could theoretically discover some great new music that way, right? Especially given that one of the beauties of BC is that it makes audio streaming (the easiest way to “sample” an unknown artist) pretty much idiot-proof.

And yet if I try browsing via the Bandcamp homepage, I quickly discover that not only is there no easy way to find other jazz artists, there is not even a “search” function. Only an easily-overlooked “many artists” link, which leads to a page on which the entire Bandcamp catalog can be sorted by one of two parameters: the date on which a given recording was uploaded, or an artist’s name. And that’s it.

Now, philosophically, I truly appreciate the statement this makes. What better critique of the admittedly problematic human habit of categorizing every damned thing to the nth degree? Just make one big alphabetical list and let other people worry about genre and all that.

But as a music consumer, I look at this and feel overwhelmed. Further: I decide there is very little chance I am going to use Bandcamp as a music discovery tool.

And that’s ironic, I think, because apparently the impetus for the creation of Bandcamp was an experience that many of us have had — coming across a brilliant but unknown band, wanting to give that band money (so as to aid them in their quest for world domination), and discovering that even generosity can sometimes be a royal pain in the ass:

[H]ere’s a relatively unknown band that deserves all the success in the world, made the admirable decision to do an entirely independent release, yet was tripped up by the sorts of aggravating technical issues familiar to anyone who’s ever tried to build out their own website.

In other words, Bandcamp’s goal is to make online transactions easier, from all points of view. But what good is it to make a transaction easy if the thing you’re selling is hard to find?

One of the grandparents of Music 2.0, CDBaby, which also traffics primarily in independent music, always excelled in the area of filters, and is an instructive model, I think. CD Baby offers multiple search options, including multi-tiered genre searches (e.g., some 50+ different kinds of jazz), searches based on “sounds like” queries, and even searches based on random adjectives like “sultry” or “twisted” (something not even Amazon.com does). They also allow for user reviews, artist cross-referencing, and all of the other stuff that has more or less become standard in online retail over the last ten years.

Fair enough. I can respect that.

But in that case, here’s my open plea to the Internets: somewhere there must be a smart, enterprising kid with enough design savvy and free time to just up and build a filter that can work as a third-party interface for Bandcamp.

If there is, it would be an impressive first step in a programming career. If there isn’t, I fear that a lot of the music that lives at the site will remain undiscovered by a wider audience for some time to come.