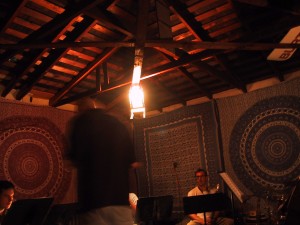 As I have written before, I don’t really consider myself a pianist. I get the job done, but that’s about it. Still, every once in a while I will publicly put myself in an extemporaneous pianistic situation, in order to blur my own sense of the distinctions between “composition” and “performace.” (Actually, this is something I’m doing more and more in my current side gig as a church organist, which often requires incidental music at the drop of a hat, forcing me to improvise my best approximation of a medieval sacred style.)

Most composers will agree that just sitting down and playing (and recording the performance) is an incredibly useful practice, because it inevitably reminds one of the unprocessed core of musical expression. And in my own case, that initial musical gesture is really where all of my music ultimately comes from. So I like to do this sort of thing a lot (though rarely in public).

One of the few times I’ve freely improvised within earshot of a “real studio” was back in 2003, during the session that ultimately produced The Star Chamber. One of the tunes on that record was a thing called “Schwarzkopf Takes the High ‘C’ for Flagstad,” which featured a prelude duet improvised by myself and master multi-woodwind-ist Cory Wright. (We’re pictured above during a 2002 rehearsal in Culver City.) At the session we recorded numerous versions of this prelude, because I wanted to have a bunch from which to choose. In the end, several takes of three different configurations — piano and flute, piano and clarinet, and piano and tenor — were preserved for posterity.

I recently came across (raw and unmixed copies of) these out-takes in my archive, and thought, what the hell? May as well offer them up to the internets. (I should also admit that I was at least partly inspired by the example of musician/writer/blogger Henry Powderly, who recently began posting some of his own (really quite beautiful) piano meditations.)

Overall, the set is sort of melancholy and charming, and maybe a little restless. Interestingly, most of the tunes on The Star Chamber are of the long-form persuasion, but these preludes are true miniatures. So maybe they are actually morphologically (and I guess philosophically) closer to the “less-is-more” aesthetic I’ve been exploring lately. In other ways, these “Schwarzkopf Duets” provide a pretty radical counterpoint to the edition of the IJG that is out and about these days.

Anyway, thanks to the marvel that is SoundCloud, you can listen to (or download) any of these duets (which all clock in at under two minutes) by clicking any of the play buttons below. Or, just go to my SoundCloud page, and listen to the whole set: click the top track, and they will all play automatically, albeit in reverse order. (Note that “Duet no. 9” is the one I ended up using in the album version of “Schwarzkopf.”)

Star Chamber duet no. 1 by uglyrug

Star Chamber duet no. 2 by uglyrug

Star Chamber duet no. 3 by uglyrug

Star Chamber duet no. 4 by uglyrug

Star Chamber duet no. 5 by uglyrug

Star Chamber duet no. 6 by uglyrug

Star Chamber duet no. 7 by uglyrug

Star Chamber duet no. 8 by uglyrug

Star Chamber duet no. 9 by uglyrug 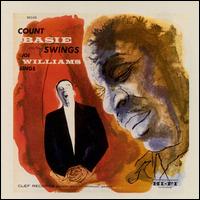 And believe me, I don’t usually say that about things I have retired from the Industrial Jazz songbook. Once they’ve had a good run, I like to set ’em out to pasture, and move on to something else. But coming across this one in my files brought a tear to my eye, perhaps because it was one of the first “big band” charts I wrote:

Every Day I Have the Blues, Too

That’s right, it’s sort of an extended fantasia on a few thematic slivers from a tune you may be surprised to learn I love: Joe Williams & Count Basie doing Memphis Slim’s “Every Day I Have the Blues.”

This is a studio recording, unmixed and unedited. I may officially release it someday, who knows. 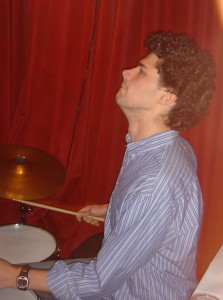 Cleaning up some computer files yesterday, I came across a recording of an Industrial Jazz Group show from a few years back. I believe it was at Cafe Metropol, in LA, sometime in 2006. I honestly don’t remember who recorded it — it was some internet radio thing, and though I got a nice mixed (and processed) copy of the show many months later, I don’t know if any of it ever actually made it onto the web.

Until now! Here’s a thing of mine called “Rover,” which I believe was the opener.

Those of you who have come to the group recently may not realize that we began life as a much smaller ensemble — a quintet, to be exact. Our first album, Hardcore (only available digitally now), is a quintet album. This Metropol show also featured a quintet — not exactly the same configuration as the Hardcore band, as I had removed piano from the equation altogether by this point. Still, it’s a pretty good (live) souvenir of how we once sounded. Note that during the period when this was recorded, I was basically trying to keep the quintet and the big band working simultaneously.

I had almost forgotten that I used to write music that actually sounds like jazz! Anyway, enjoy if you can. I’ll probably be posting the rest of this concert soon.

A while back I posted (via my Facebook account) the entire video-fied version of Dancing Days — the well-meaning, tuneful, but ultimately bombastic space-pop-opera I wrote way back in high school.

Just got wind of this new rendition of one of the tunes from that callow thing:

The Overture from “Dancing Days,” as re-conceived by Anthony Stramaglia.

What can I say? It sounds pretty awesome to me. Thanks, Ant!